It bests her previous record by five and a half feet, with a confirmed measurement of 73.5 foot (22.4 metres).

The World Surf League (WSL) announced Maya as the winner of the cbdMD XXL Biggest Wave Award and the wave was later validated by the Red Bull Big Wave Award.

Maya rode the wave on February 11, 2020 at the inaugural WSL Nazare Tow Surfing Challenge event in Praia do Norte, Portugal – the same waters as her previous record achievement set back in 2018.

“The wave was pretty special although it was terrifying as well!” 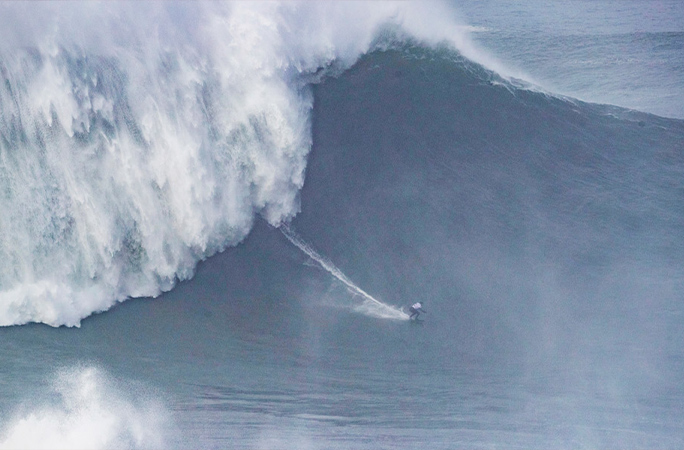 Maya Gabeira breaking the record for the largest wave surfed

Measuring the size of waves is extremely difficult and, in this case, required teams from the University of Southern California, WaveCo Science Team and Scripps Institution of Oceanography to review the footage as independent witnesses.

Video and photographic evidence are all observed whilst using scientific calculations based on real-world coordinates and reference points such as the surfer’s height and length of the board itself.

“To set the world record has been a dream of mine for many years,” Maya told us back in 2018 upon setting the record for the first time.

“To get a second one is a little bit crazy – I’ve got to wrap my head around it.” Maya with her certificate for her previous record set in 2018

The dream almost never become a reality after an accident in 2013 which knocked the surfer unconscious in the middle of the water, only to be later saved by fellow surfer Carlos Burle.

“I still love the sport so much even after so many hard times and serious injuries and trauma.”

Her professional surfing career began aged 17 in 2004 and she won an ESPY in 2009 for Best Female Action Sports Athlete. 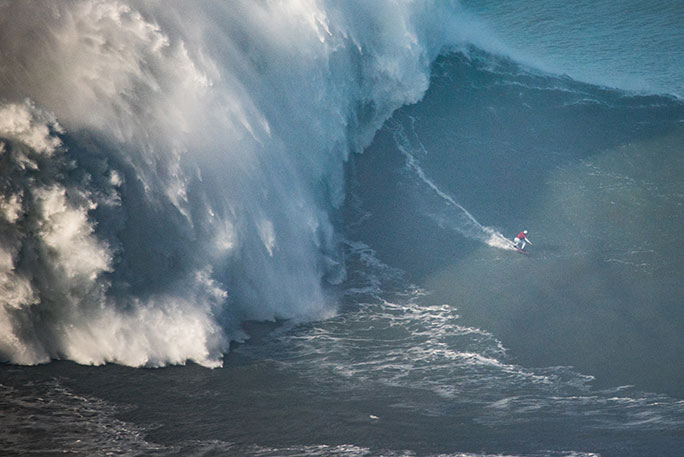 Maya during her record-breaking surf in 2018

Nazare, which is approximately 120 kilometres north of Portugal’s capital Lisbon, is also the site used for the men’s record equivalent – set by fellow Brazilian Rodrigo Koxa who rode an 80 foot (24.38 metres) wave.

Editor-in-Chief of Guinness World Records Craig Glenday said: “I always look forward to hearing updates on this record from the World Surf League, as the surfers never fail to wow us with their fearless conquering of these incredible skyscraper-sized waves. This year’s footage is more heart-stopping than ever, so congratulations to Maya on the epic result.”