Home » Lifestyle » Meet Pistachio, a Green Puppy That Was Recently Born in Italy

Meet Pistachio, a Green Puppy That Was Recently Born in Italy

When you’re a farmer, you’re prepared for pretty much anything. Anything but a green dog. Cristian Mallocci, a sheep farmer from Italy, could not believe what he saw. Spelacchia, one of his 8 dogs, gave birth to a black sheep amongst his flock — a puppy with green fur. 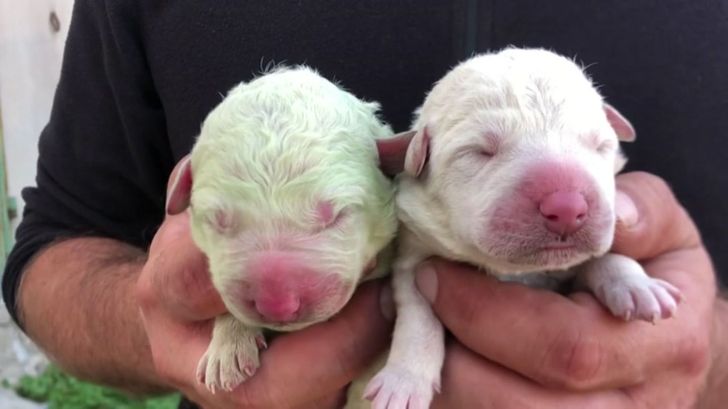 Just two weeks ago, an Italian sheep farmer Cristian Mallocci had no idea that he would be in the world news. At his farm on the Mediterranean island of Sardinia, one of his 8 dogs, Spelacchia, gave birth to a litter of 5 puppies. Pistachio’s 4 brothers and sisters all had white fur, the same color as their mother. And this phenomenal pooch had green fur.

It’s unusual for a dog to be born with green fur. 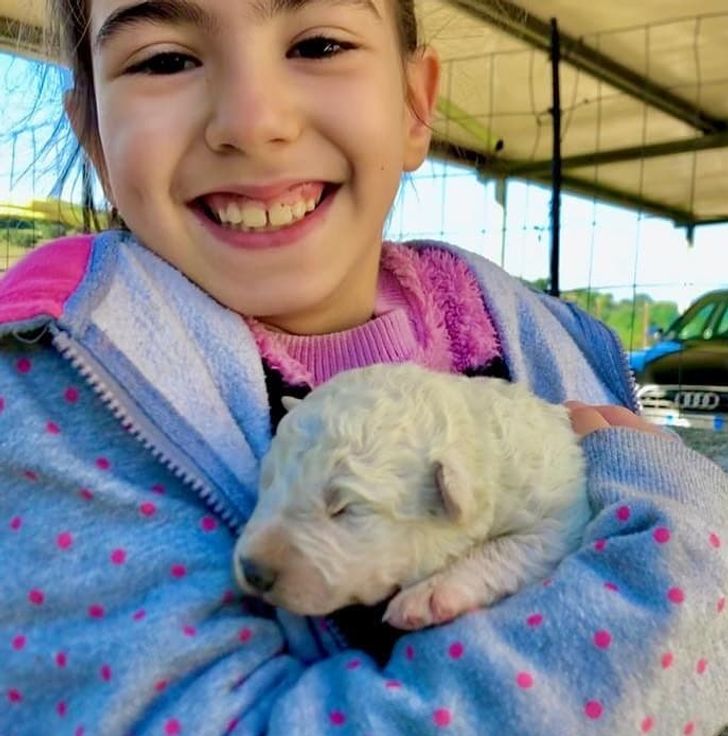 This story is rare, but easily explained. It’s assumed that it happens when puppies with pale fur have contact with a green pigment called biliverdin, while in their mother’s womb. It’s the same substance that’s responsible for the green color in bruises. 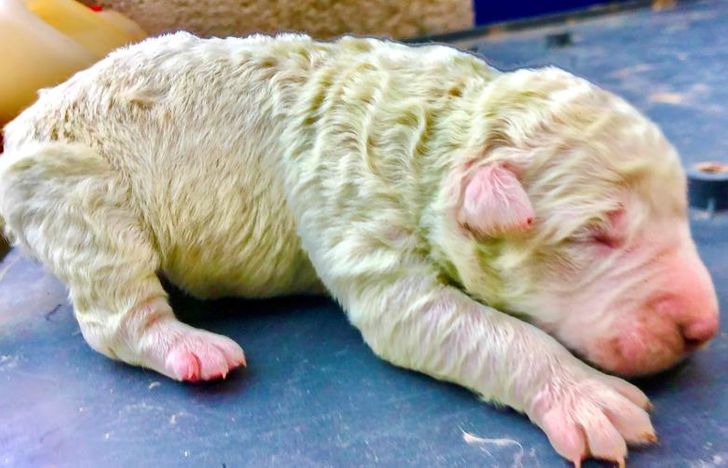 Nonetheless, the green fur won’t last forever. Pistachio’s pigment is fading away day by day. According to Mallocci, his dog’s veterinarian explained that during the dog`s pregnancy, biliverdin, a substance contained in bile, blends into the amniotic fluid in the placenta. And it can result in staining a puppy with pale fur.

Though rare, it’s not unheard of for dogs to be born green. 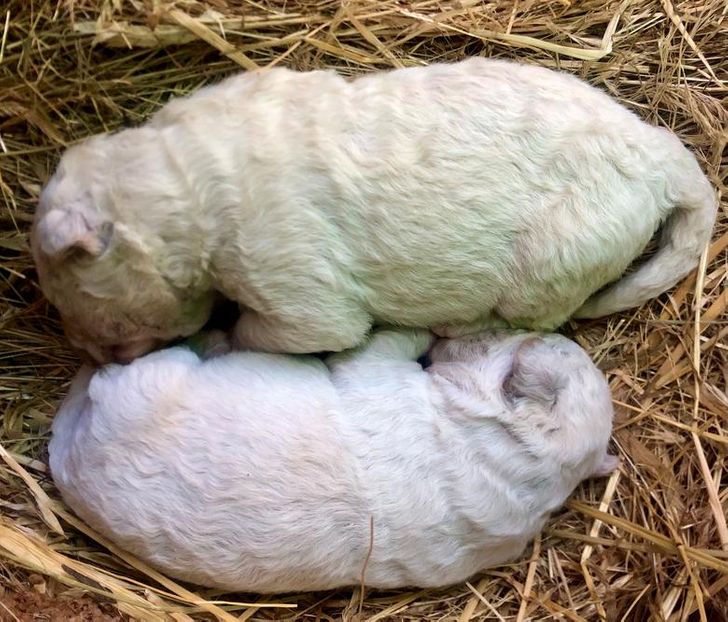 In January of this year in North Carolina, there was a white German Shepherd that gave birth to a greenish pooch who was later named Hulk. In 2017 there was a similar case in Scotland — with a golden retriever.

Mallocci shared that he’ll keep Pistachio on his farm and train him up to look after the sheep. 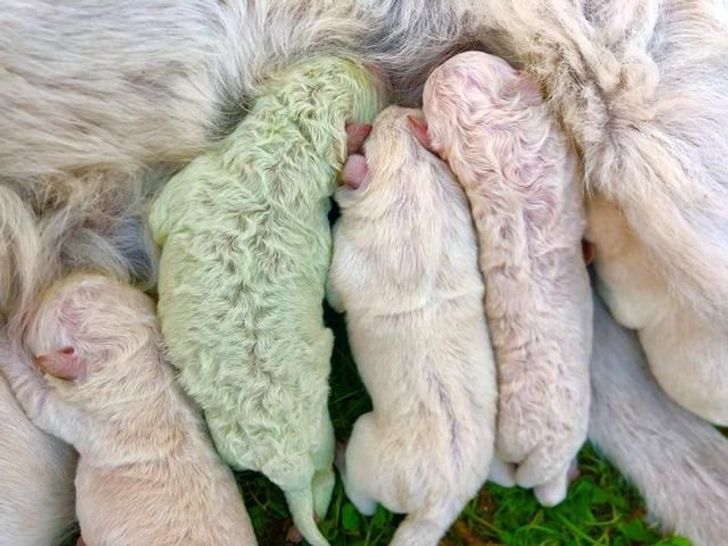 While the farmer said that Pistachio’s brothers and sisters will be given to new homes, the green pooch will stay on his farm and help his mother, Spelacchia, look after the herd. Mallocci shared that the unusual baby was an unexpected gift, and the green color is a sign of hope and luck, so he probably came to the world with a purpose to put a smile on people’s faces.

What’s the most unusual phenomenon you’ve seen in your own life? We’d be happy to see your photos in the comment section below.