Zamanbol is a teenager who lives deep in the harsh terrain of the vast and mountainous region of Altai, Mongolia. She attends school in the city during the week and makes her way back to her family in rural Mongolia on weekends. She has been quoted by The New York Times as someone who “At 14, (she) hunts wolves and posts selfies with cherished eagle..”

Mongolian falconry customs involve hunting with golden eagles on horseback, primarily hunting red foxes, corsac foxes and hares during the cold winter months when it is easier to see the gold coloured foxes against the snow. There are around 400 eagle hunters left in Mongolia, most of which are men and boys, the ancient eagle hunting traditionally seen as a male activity.

German photographer Leo Thomas took a trip out to this mysterious country and visited Zamanbol, one of just ten female eagle hunters in Mongolia.

Here he managed to capture some gorgeous photographs of the young woman on horseback- proud and free spirited, dressed in furs with majestic eagle on arm. Finding himself stuck at the differences between himself and the people around him, Thomas also took some time to reminisce over his own lifestyle as a German photographer. 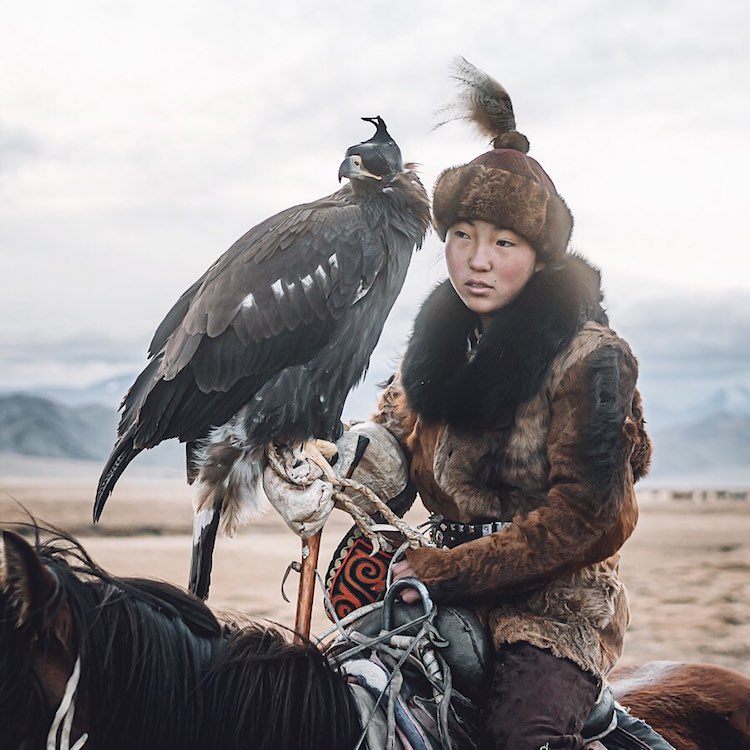 The country of Mongolia sits far north of the equator, landlocked between Russia and China. Extreme conditions in vast semidesert and desert plains, grassy steppe and mountains command a nomadic existence, moving along pastoral plains, grazing life at a pace mostly unchanged for centuries.

Food availability in these regions have always included dairy, meat, animal fats and blood. Hunting with eagles was a necessary way of life at one point in history. Now days there are some agricultural crops in certain areas including wheat, barley, oats and potatoes. 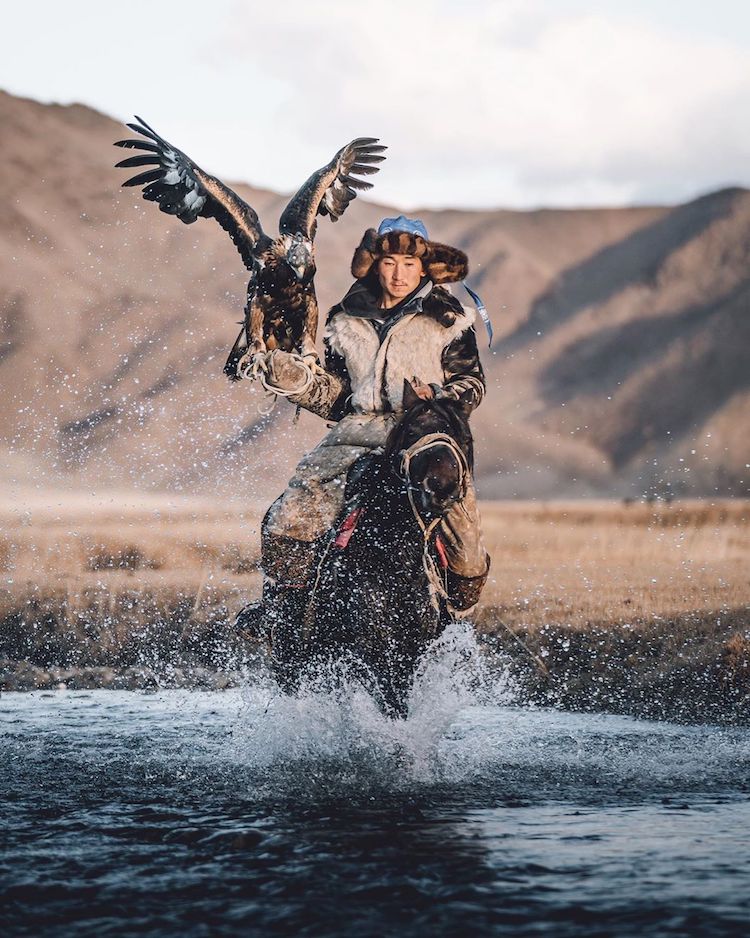 Zamanbol is part of a Kazakh nomad family and often rides on horseback alongside her brother, Barzabai, training her eagle. They surely made an impression on the photographer as he said after spending some time with Barzabai who shares the same age as himself (26), “While he’s living in the outdoors surrounded by family, incredible nature and animals, I’m sitting more than 60% of my time in front of a screen, a pretty basic comparison, but it made me think.”

The photographs certainly do romanticise the harsh nomadic lifestyle of rural Mongolians. 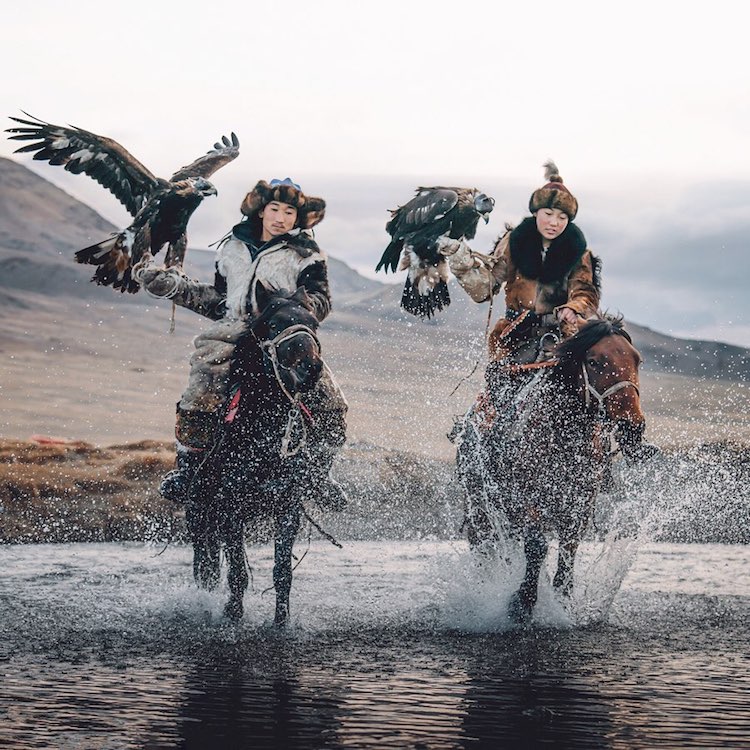 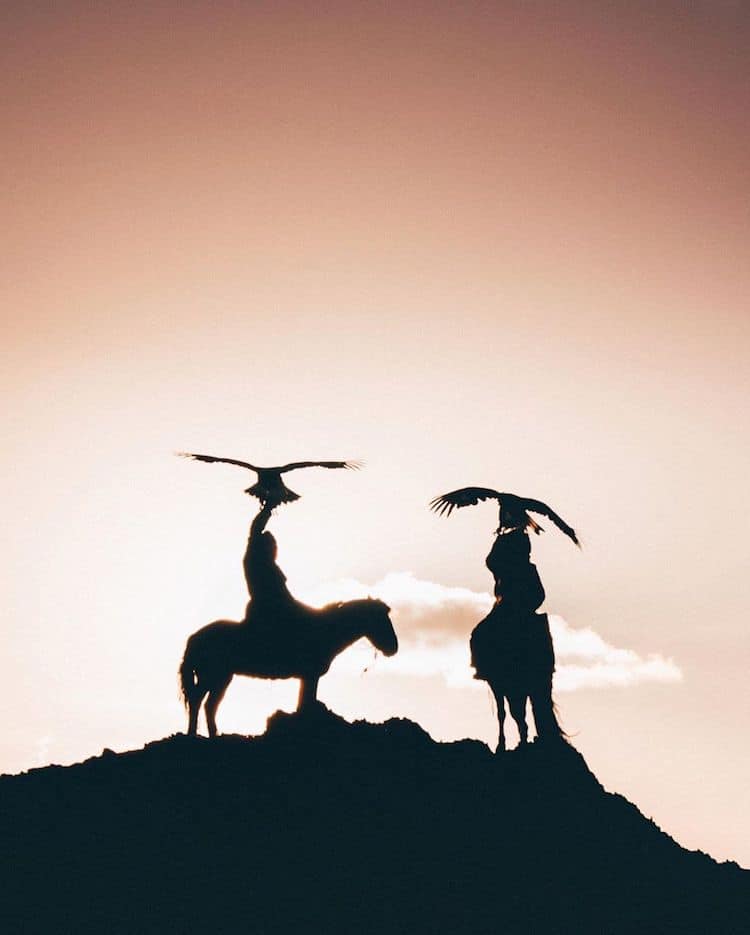 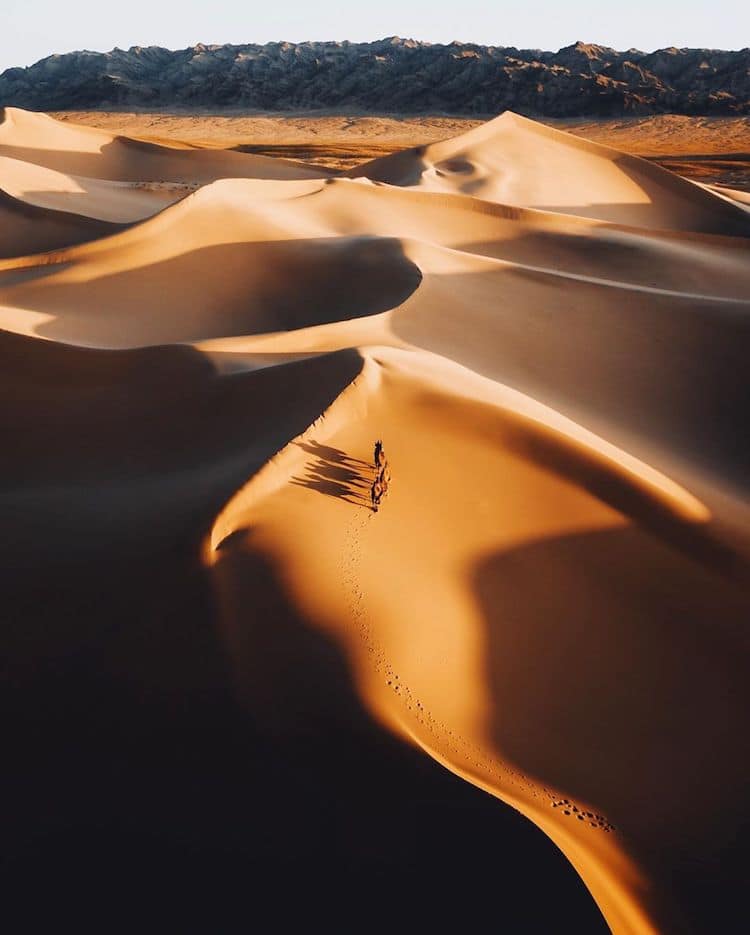 Thomas’ growing portfolio captures the beauty of this mysterious culture. 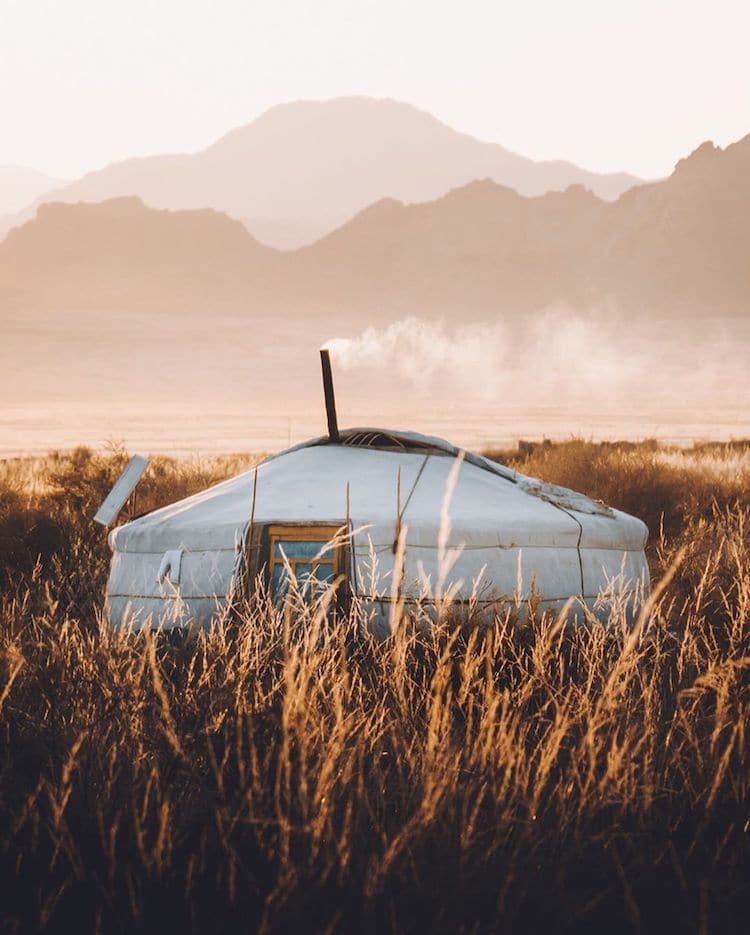 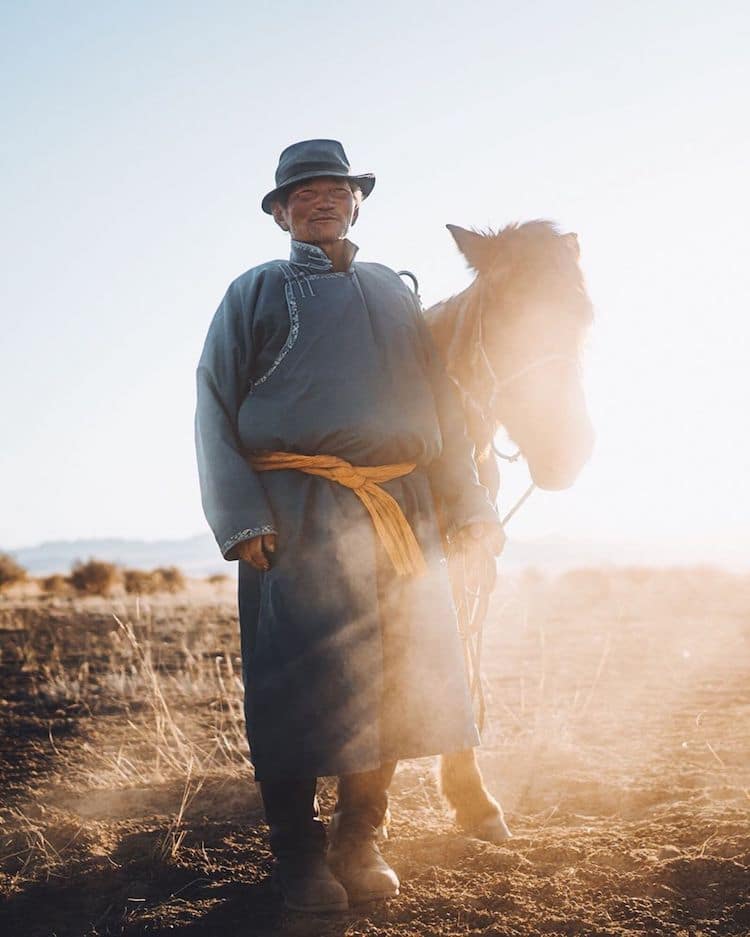 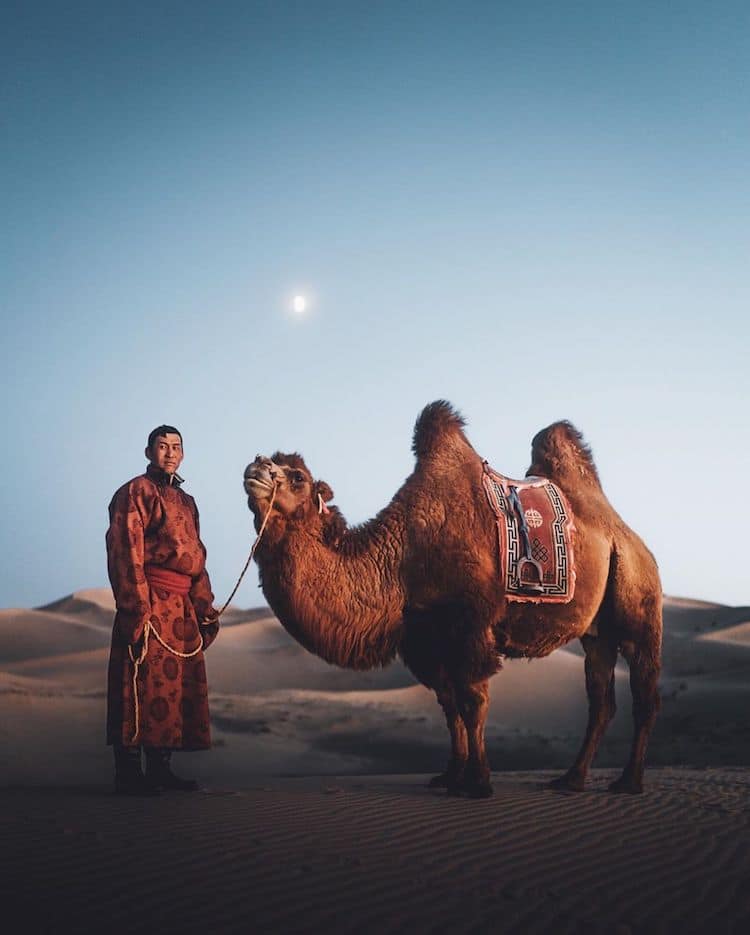 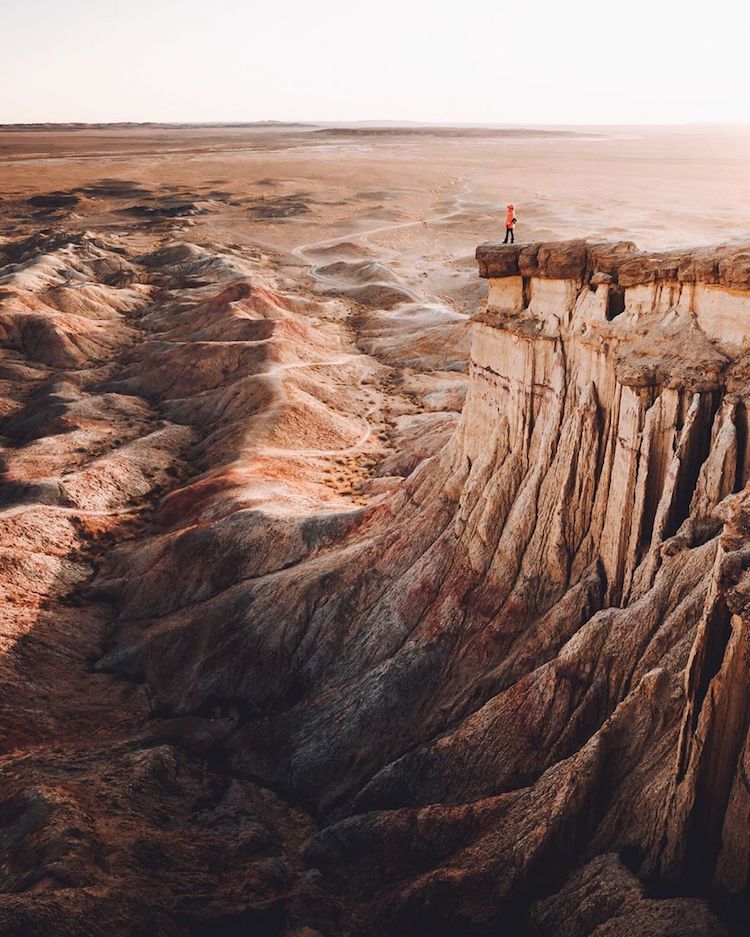 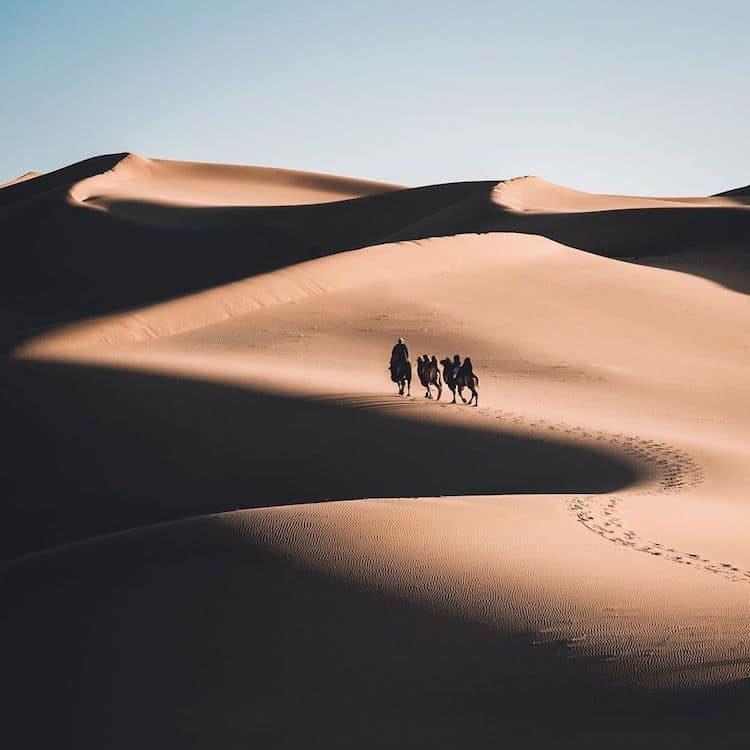 Via My modern met