A spectacular ‘super flower moon’ and accompanying meteor shower are set to light up the sky.

The moon will be the final super moon of the year, which happens when a full moon coincides with the moon being at its closest point to Earth in its orbit.

It is known as a super flower moon because it is bigger and brighter than a regular moon and occurs in spring when flowers start to wilt. 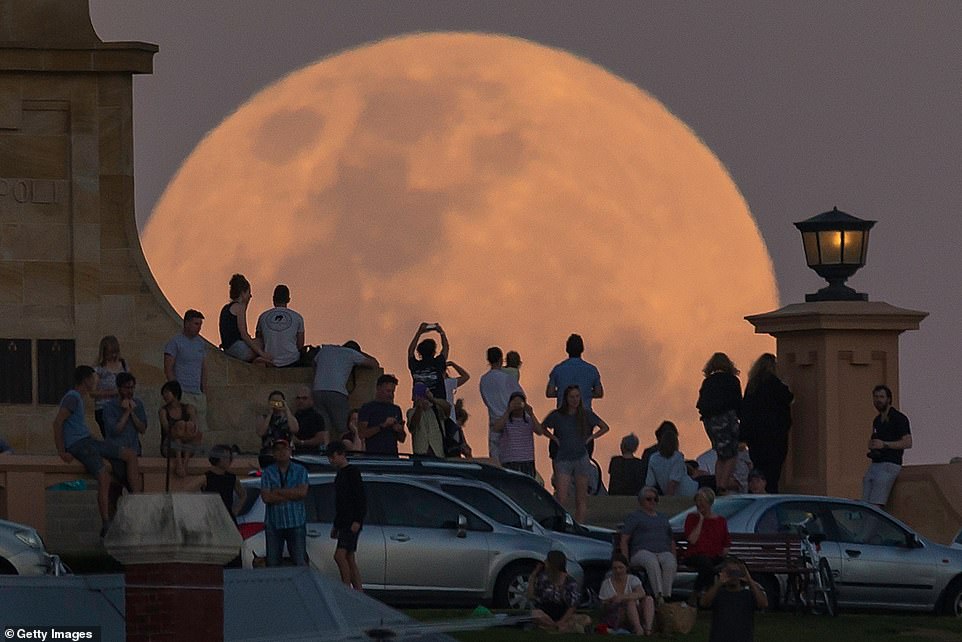 A super flower moon will rise on Thursday evening. Pictured: crowds look on as a super moon rises behind the Fremantle War Memorial at Monument Hill in November 2016 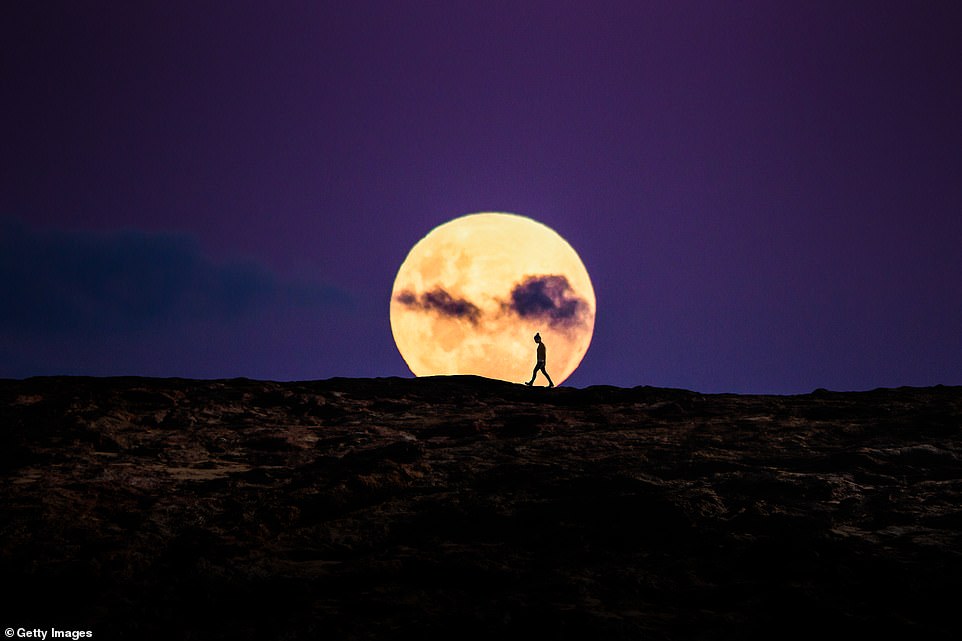 The super flower moon will appear the largest in the sky when it is rising from the horizon. Pictured: a star gazer watches a rising super moon in Australia

The moon is set to rise over the country at 5.13pm Australian eastern standard time and will look the biggest as it rises from the horizon due to an optical illusion.

The moon will reach its highest point in the sky between 11pm and 1am on Friday.

For best results turn off all lights, lay on your back, avoid looking at your phone and position yourself in a dark place.

Star gazers will also have the chance to see the annual Eta Aquariid meteor shower, where dust particles from Halley’s Comet light up over the southern hemisphere.

The meteor shower can be seen twice a year and will be best viewed between 2am and 5am on Friday morning. 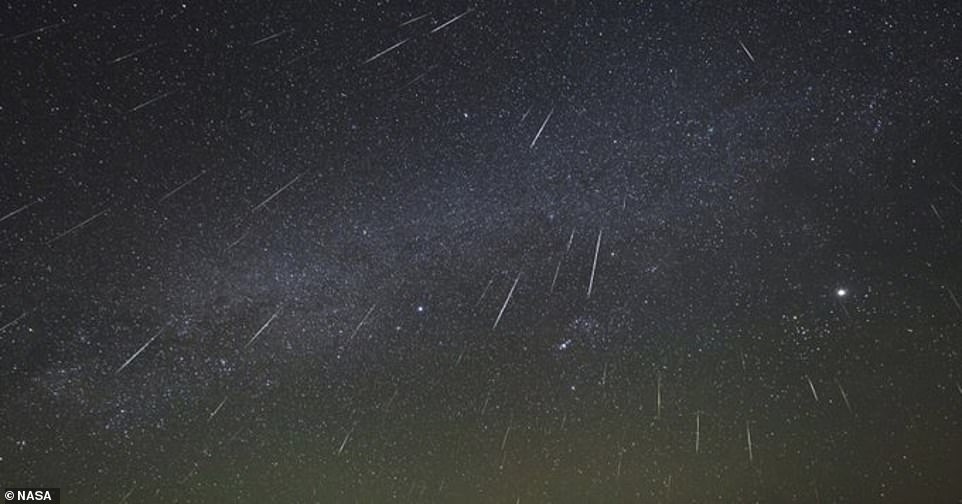