Home » Nature » The Most Colorful Tree In The World: The Rainbow Eucalyptus

The Most Colorful Tree In The World: The Rainbow Eucalyptus

There is so much magic to be found in nature. Just for your information, you are not influenced by some psychedelic substance. This is just pure mother nature portraying herself as a colorful artist.

The Eucalyptus deglupta is commonly known as the Rainbow Eucalyptus. It’s native to the Philippines, Indonesia, and Papua New Guinea and are also found on Hawaii. When you look at it’s bark, the name speaks for itself. Once the bark begins to shed, the inner colors reveal itself. Initially a bright green, but eventually matures to blue, purple, orange, and eventually maroon. The more often it sheds, the more colorful the tree becomes. This tree does not shed its bark all at once, but in sections throughout the year. This results in an amazing rainbow effect.

These trees can grow, like other Eucalyptus trees, to extreme heights. They can easily reach the height of 60-75 meters.

In the course of history the tree has been used for it’s medicinal properties. Its oil has antiseptic and antimicrobial properties therfore it may be used to treat wounds. Diffusing this oil strengthens immune systems because it cleanses the body of toxins or harmful microorganisms. It is also great for allergies, respiratory problems, and can be used as a natural insecticide.

Such beautiful and colorful creations, it’s mind boggling. Have a look: 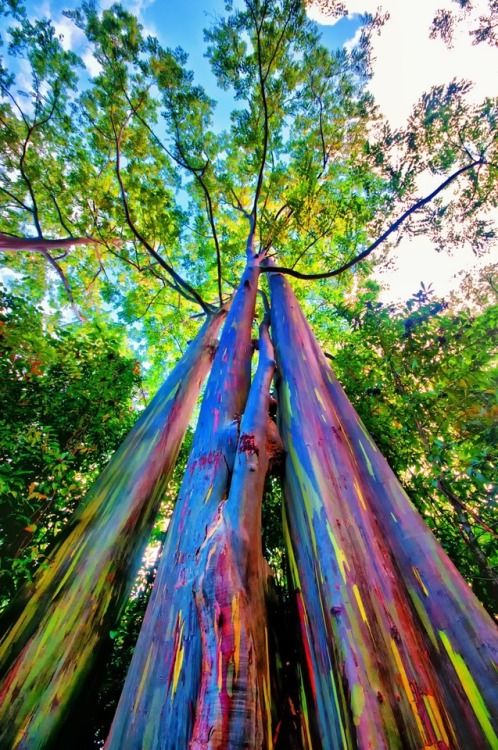 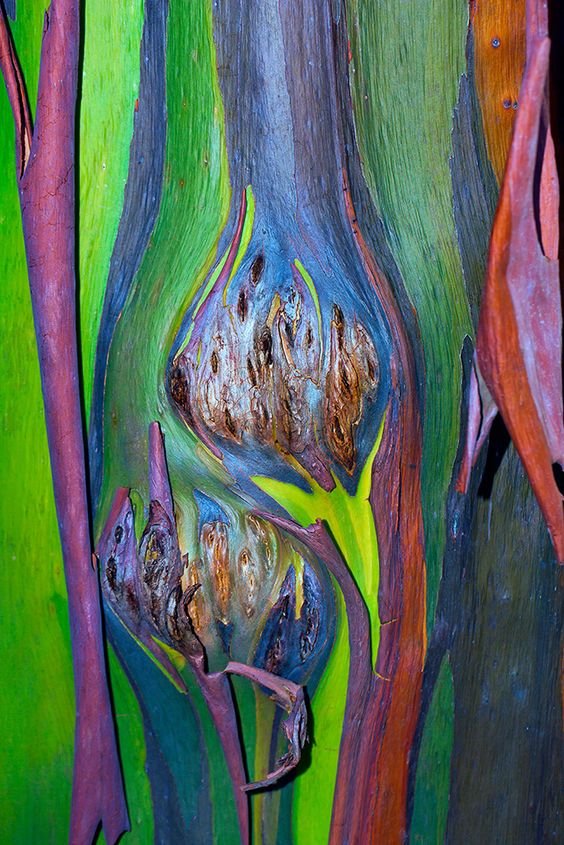 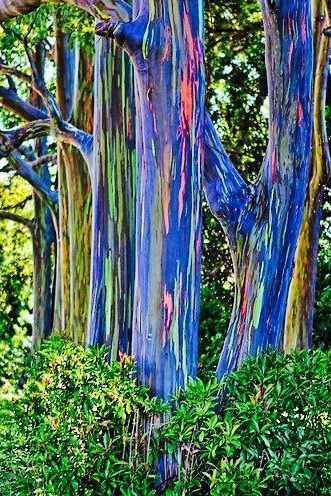 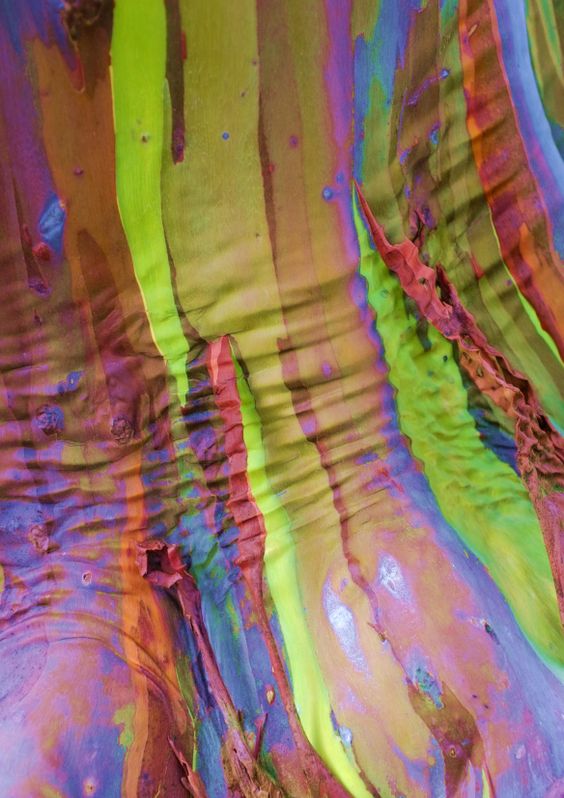 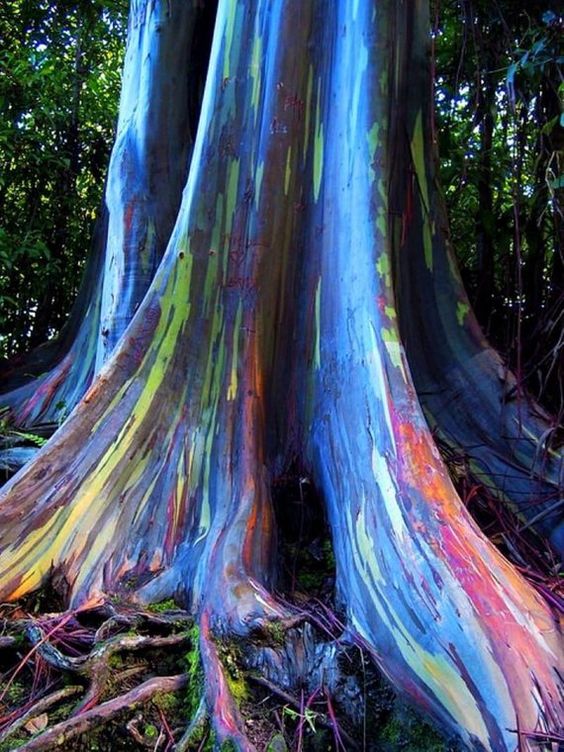 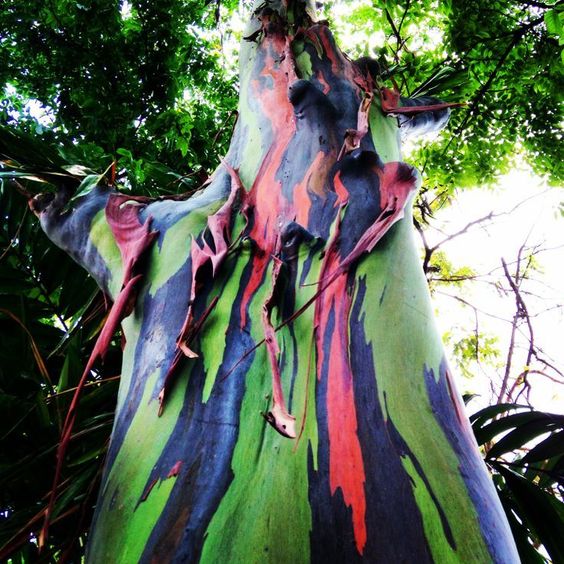 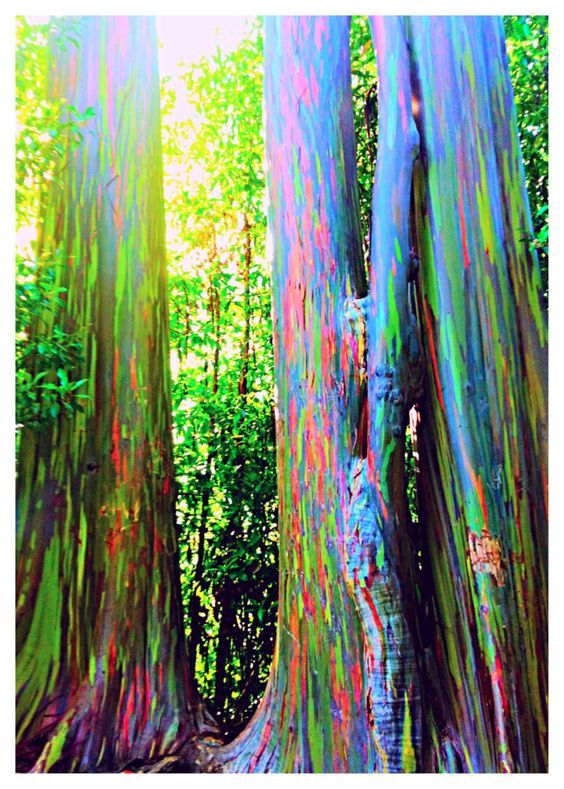